Technique we want to use: data games, building off a past sketch to develop a more fleshed out idea that can actually be implemented.

Audience of the story: our ideal audience is a family of 4-5 people with a mother, father, and young children. The children should be 10+ and the family ideally would have the opportunity to go together to the same volunteering place or community service entity to help fight hunger in their area (city, state, etc.). We tried our game with a family that Rahul connected us with.

Our goal(s): by playing the game, we want people to learn about the different organizations that they can volunteer at in order to help fight hunger in Cambridge and Boston. The ultimate goal is to encourage people to take a more active role in volunteering for this cause.

Context of the story: we are using a monopoly-like game board to help draw attention to a very important issue. The board and the game mechanics are driven by USDA budget spending data, food bank/charities donations data, and other food insecurity data. By playing the game, people can learn about how to volunteer in different organizations in their community.

We used the mechanics and ideas of Monopoly, but we changed the meaning behind the spaces and rules in a way that represented the data well. The list of rules and instructions are detailed in the paragraphs below.

The Greater Boston Area is home to almost 70,000 people who are both food insecure (meaning they lack the ability to access enough food for their daily nutritional requirements) and they do not qualify for federal aid (programs like SNAP, WIC, etc.).  The purpose of this game is to visit the charities on the board, so that you can help them feed the hungry people in Boston. The goal is eliminate hunger from the board within 4 rounds.

Note, the chips have the following value:

If you land on a Charity space:

If you land on a different space, look at the Specialty Space instructions to see what action you should take. Players can also land on chance or community chest cards, which can either be detrimental or beneficial to the volunteering effort.

The board game, property cards, chance cards, and  community chest cards are displayed in figures in the following pages. 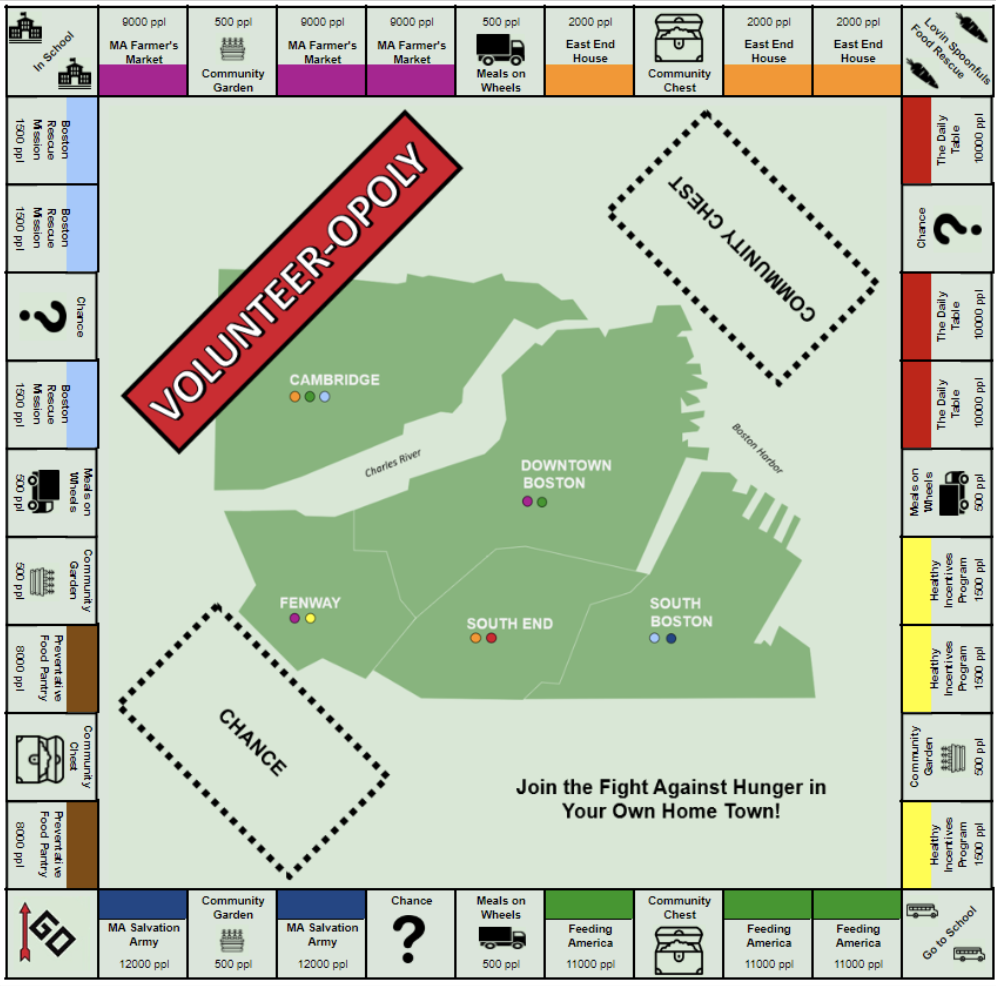 Figure 2: Property Cards (Front and Back of Cards) 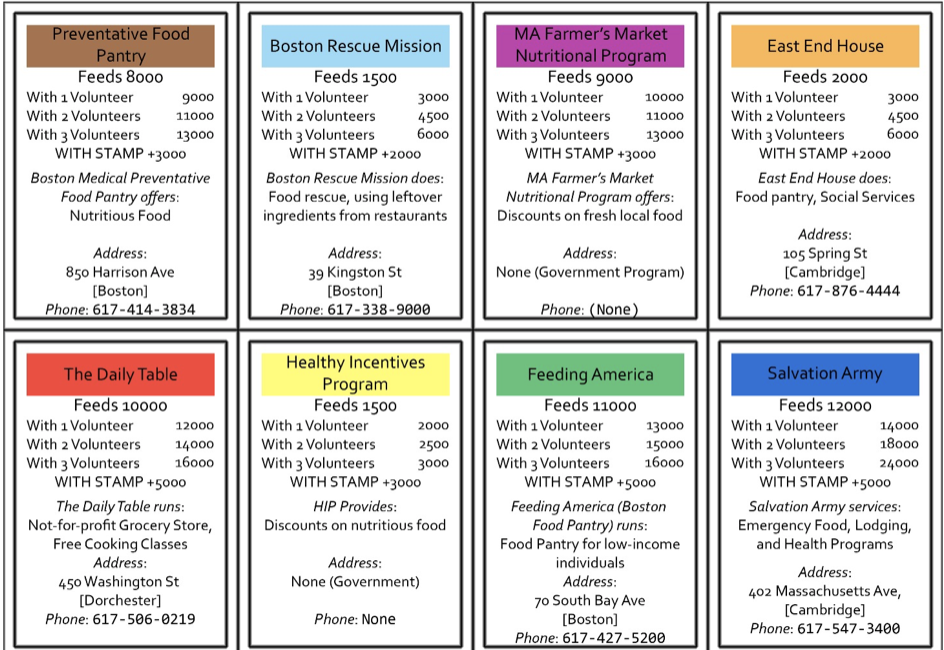 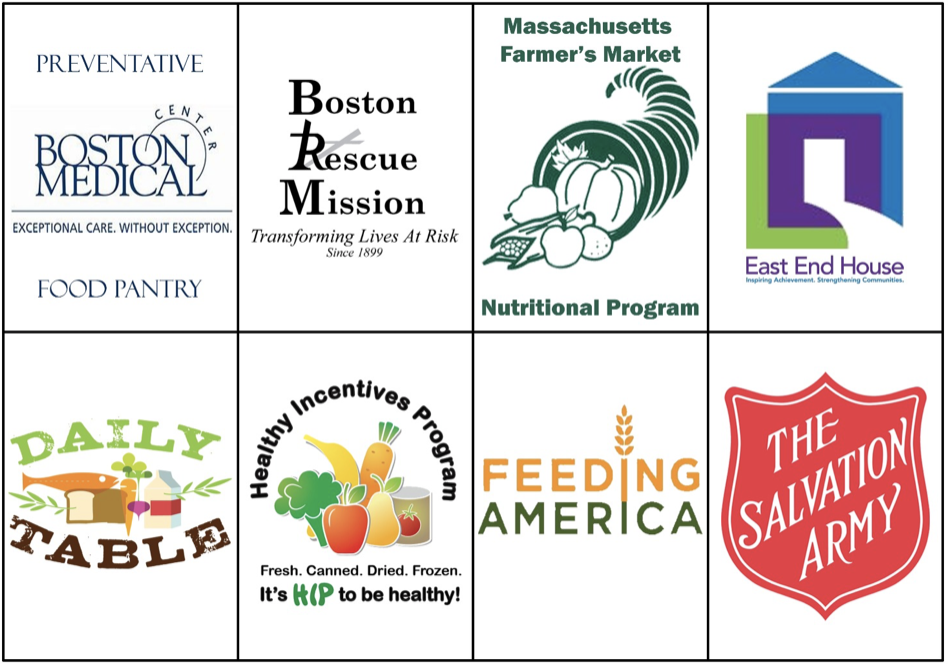 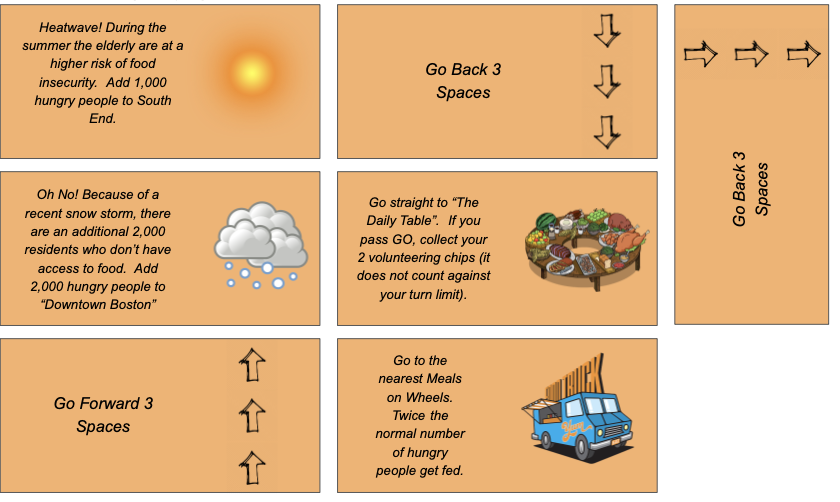 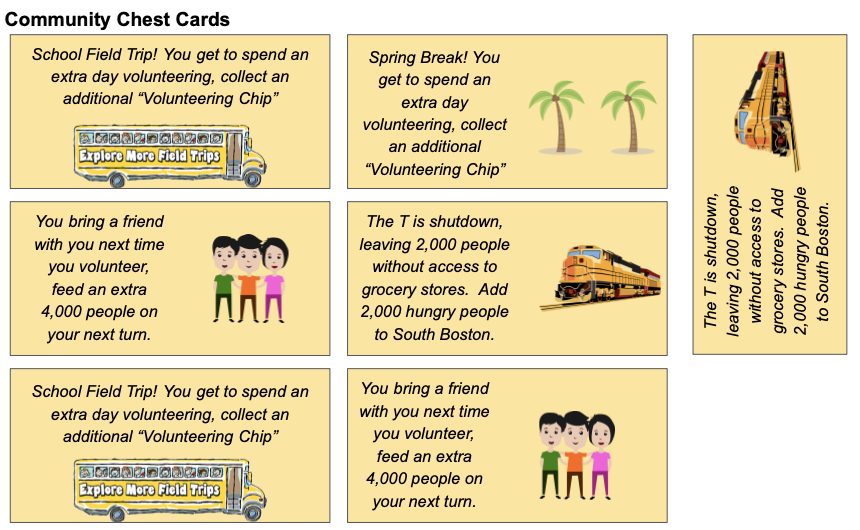 Assessment of the game: 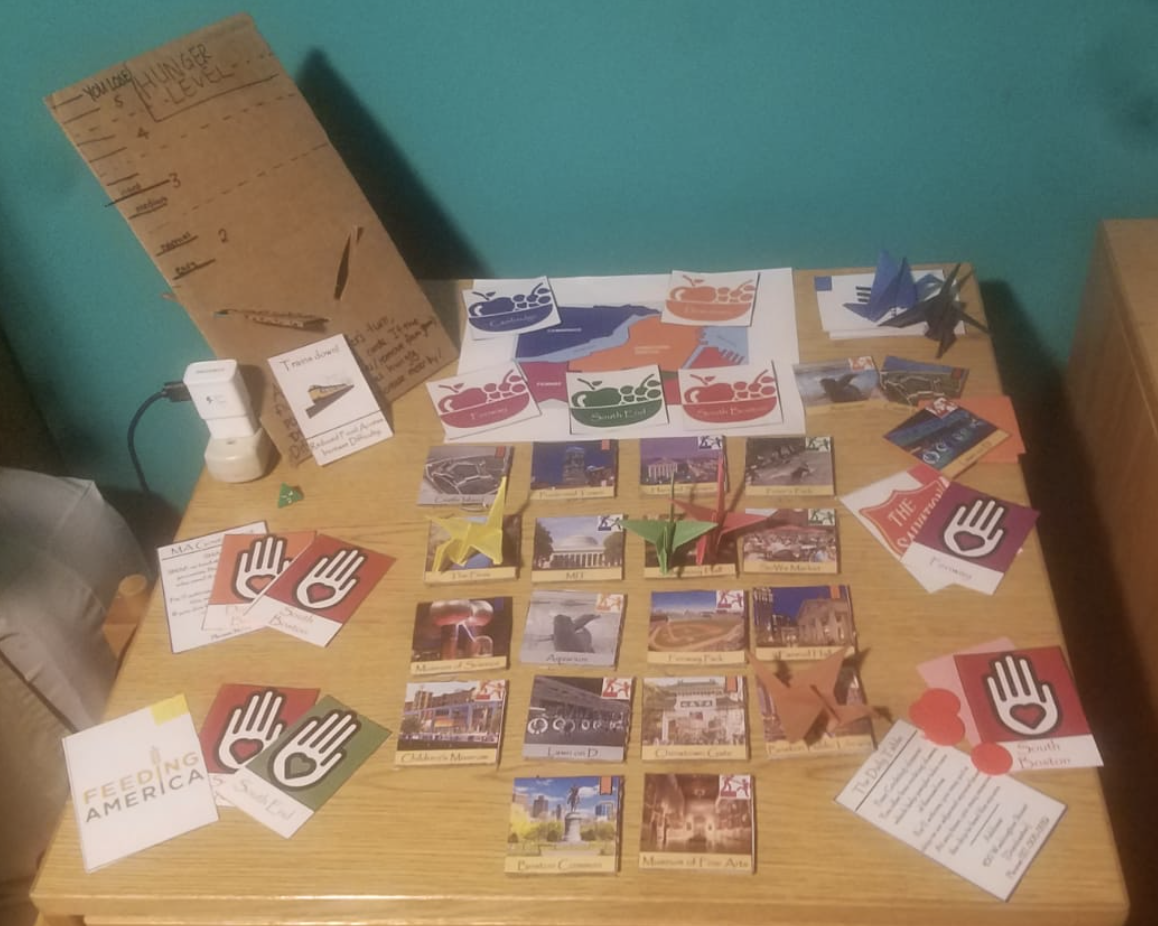