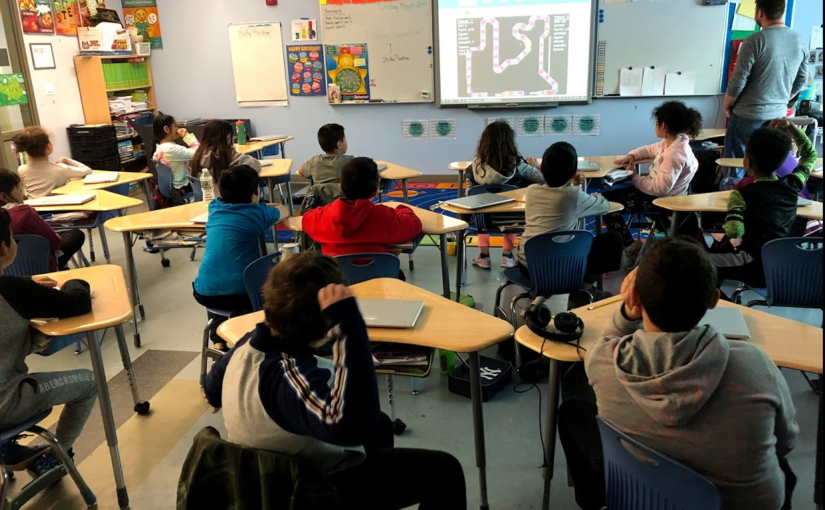 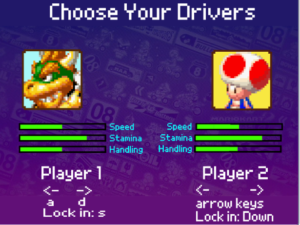 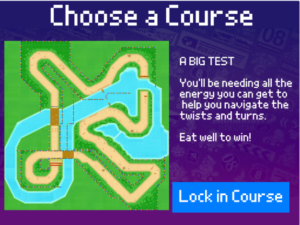 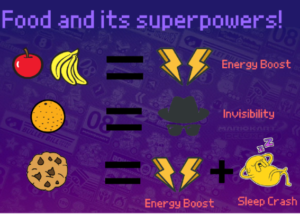 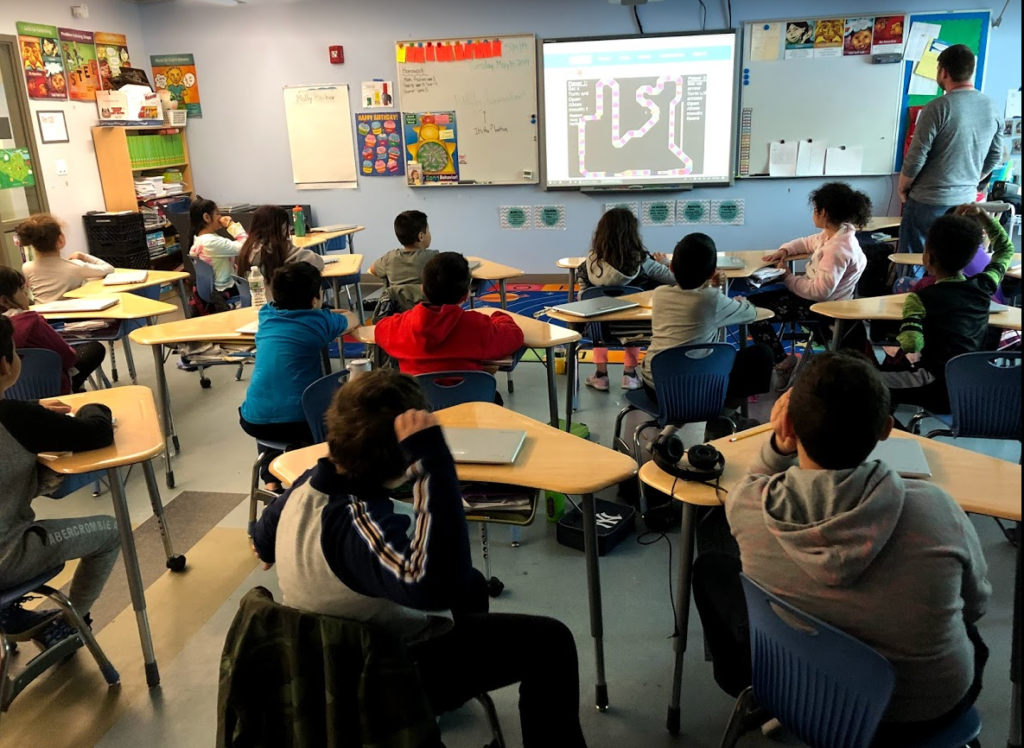 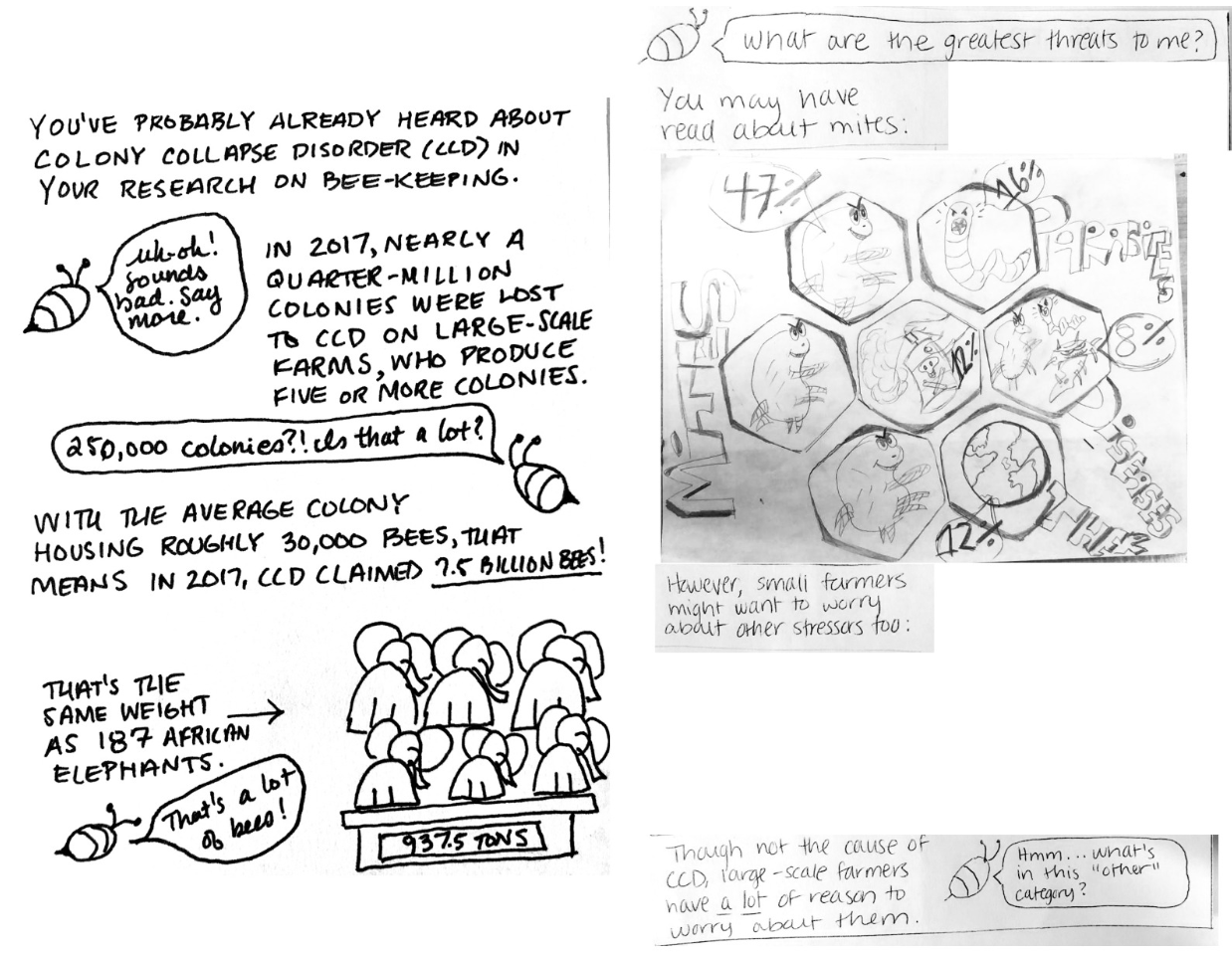 Summary: The data say that for small-scale bee farms (5 colonies or less), the colony loss rate is more than double during the winter months compared to the rest of the year. We want to tell this story because, while varroa mites are the biggest health stressors for small and large farms, they disproportionately affect large bee farms and therefore many sources warn beekeepers about mites as the most important stressor to watch out for. We noticed that small-scale beekeepers could save a lot of colonies if they were more prepared for winter, even though the USDA does not list it as a major health stressor in the report.

Audience: Our audience is comprised of small-scale, hobbyist beekeepers that are just getting started with farming bees. They have just purchased a beekeeping kit or joined the “Backyard Beekeepers Association.” They may have done some research about the obstacles to taking care of bee colonies, but are most likely only minimally informed. They also might have seen statistics for large-scale bee farmers and be worried about the wrong health stressors.

Data: Our data source (“Honey Bee Colonies”) is a multi-year report around colony loss in America published by NASS from USDA. This data source contains two pages of insights presented in an executive summary format, as well as a series of charts. The first six charts are full of information about the number of colonies lost, added, or renovated on large-scale bee farms, which they define as having five or more colonies. This data is disaggregated by quarter over 2017 and 2018 (January – March, April – June, etc.) as well as by U.S. state.The next set of charts outlines colony health stressors for large-scale bee farms in the United States, again disaggregated by quarter over 2017 and 2018, as well as by U.S. state. Finally, there was data on the number of colonies lost to Colony Collapse Disorder (CCD) on large-scale bee farms in the U.S., broken out by quarter in 2017 and 2018. At the end of the report, the same information is shared about small-scale bee farms (with inventory of less than five colonies), though this is not as disaggregated as it was for the larger farms, and typically presented as annual figures.

We did not consider the quarterly or location-based disaggregated data as useful for our target audience, and therefore looked at these figures primarily as annual aggregates.

To tell our story effectively, we wanted to present 3 pieces of information:

Format: We decided to make a small pamphlet to describe popular causes of colony loss and redirect readers’ attentions to risks posed by cold weather. Pamphlets are already commonly used for guides and “how-to” literature, so we wanted to present our “Common causes of colony collapse for hobbyists” in a format that matched readers’ expectations. The pamphlet opens up into a 8.5×11 sized poster that shows the impact of winter on small-scale farms and also includes a feeding log that farmers can use to keep track of their winter food supply. We chose to incorporate a reveal into our format because the narrative of our story follows a “setting it up and knocking it down” arc. We use the inner pages of the pamphlet to set up the expectations around common culprits of colony collapse, then use the transition into the poster to involve reader in an “aha” moment and reinforce our narrative with physical action. Our poster also includes a blank log for tracking feeding in order to add some utility to the product. We hope that beekeepers can hang up this poster in their house to serve as a reminder to check in on their bees during the winter and keep track of when the colonies were last fed.

During this Monday, I stayed home and completed an online certification, hence it was not a regular day where I would normally interact more with my surroundings. Below a data log of my Monday: 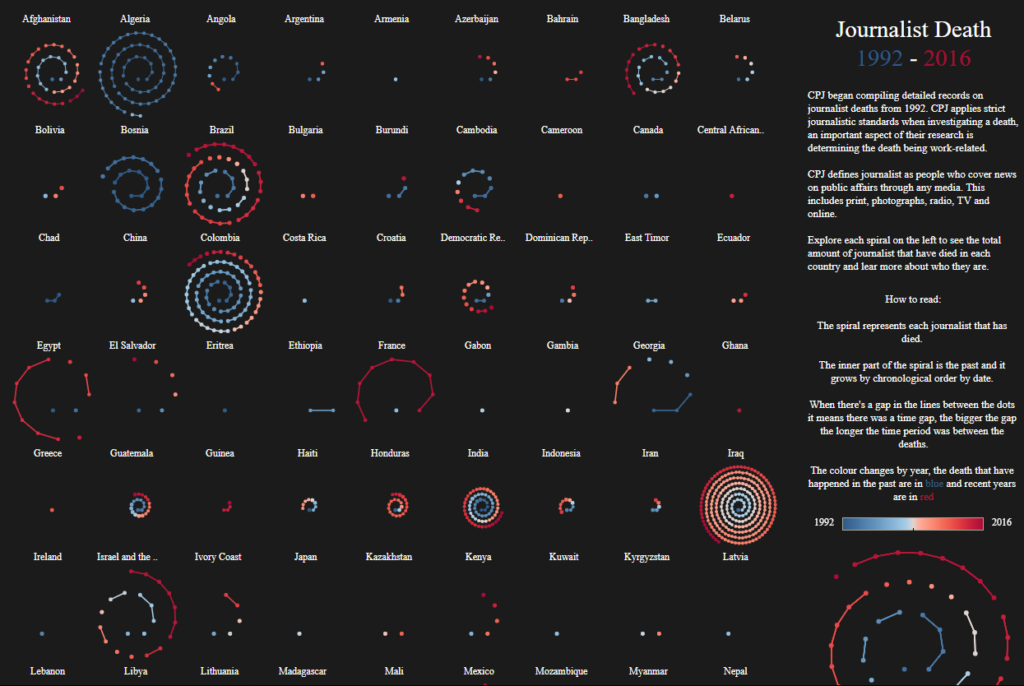 This interactive graph by Soha Elghany portrays the death records from the  CPJ (Committee to Protect Journalists). The visualization shows the number of journalists who have died around the world, it uses blue to represent past deaths and red for recent ones. It is also possible to interact with each of the spirals and explore every data point as a story.

The visualization’s goal is to provide an overview of a global problem and let the reader explore it story by story. In my opinion, the main audiences for this work are researchers and the general public. Because the focus is put into navigating stories rather than stats and predictions.

The visualization does a good job getting its core message through as in “journalists are being oppressed worldwide”.  Also, having the data points represented as spirals helps to understand the scale of the problem. However, each data point in the spiral is not the same, while for some countries a data point represents 2 deaths for others it can represent dozens. Also, there is no consistent datapoint sizing, in some cases, 49 deaths can be 4 data points whereas in others they are represented by 2 or 3 data points. From a reader perspective, the choice of font type and size is not ideal, it makes the visualization harder to read. In addition, the choice of colors does not enhance the reading experience. Regional filtering/grouping would have been very insightful to have in this viz.

Link to the data viz